"Gloria" by Robert Wilson at the Sainte-Chapelle 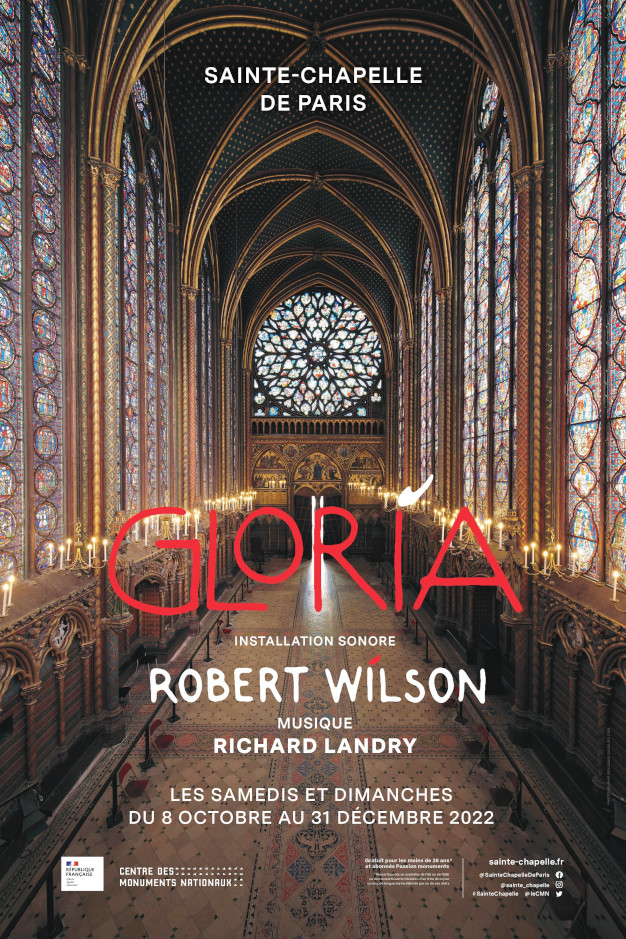 “Gloria” is a 360° sound work created for the cathedral of light that is the Sainte-Chapelle. Richard Landry's musical composition is enriched with excerpts from De Rerum Natura (On the Nature of Things) by the Latin philosopher Lucretia carried by the voices of a man, a woman and a child. They echo, in a profane way, the stained glass windows of the chapel that evoke the origins of the world, the course of the sun, the soul, the body, the void, the relationship of humans to the universe, and nature.

The work is diffused throughout the chapel with a sound spatialization device developed for the monument composed of about fifteen loudspeakers positioned within in the architecture.

The sound processing software has been developed by the Amadeus Company, creator of electro-acoustic broadcasting systems, in coordination with IRCAM. It incorporates several techniques of reverberation and spatialization of sound, which allows this profane mass imagined by Robert Wilson to occupy and structure the space in an unprecedented way.

Curious? Listen to an extract from Gloria: 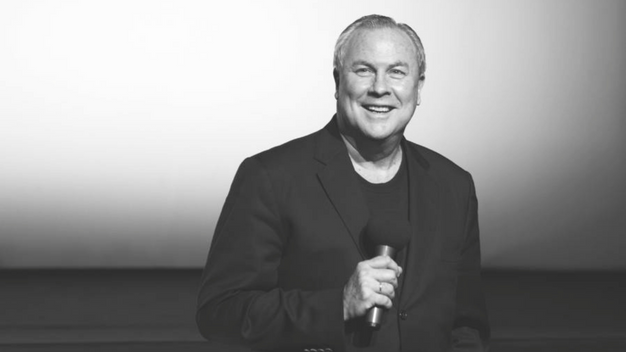 When I first came to Europe, when I was 17 and a student, it was an overwhelming experience for me to discover the Sainte-Chapelle in Paris.

When sixty years later, Philippe Bélaval, President of the Centre des Monuments Nationaux, invited me to create a project for one of the monuments in Paris for which he is responsible, I immediately thought of proposing a work for the Sainte- Chapelle.

While light has always had a decisive importance in my work, this exceptional 13th century architecture with its magnificent stained glass windows represents a major artistic challenge for me.

This creation strives not to disturb the natural beauty of the Sainte-Chapelle. The project is to create a sound installation and to compose, in the same way as during the Renaissance, sound emanating from different directions in a 360-degree installation: lines that are like spinal columns going from north to south and from east to west.

I asked my long-time friend and collaborator, composer Dickie Landry (from Louisiana), to work with me on a musical composition that we could structure within the space. I also wanted Nick Sagar, sound designer, to participate in the project.

Dickie Landry's music is accompanied by texts, performed by three actors: a man, a woman and a child. I work with my associate director, Charles Chemin, for the recordings and the selection of the texts.

Beyond a performance in the space, my intention is to celebrate the glory of the chapel with music and words.

Every Saturday and Sunday

A production of the Centre des Monuments Nationaux

With the voices of Cécile Brune, Marius Chemin, Éric Génovèse

By pursuing your navigation(browsing) on this site, you accept the use of cookies.